I am pleased to announce that Paul Bracken, Professor of Management and Political Science at Yale University, has just joined NPEC’s board of advisors. Dr. Bracken brings decades of experience in global competition and the strategic application of technology in the fields of business and defense. It’s an honor to have him on NPEC’s advisory panel.

Dr. Bracken has served as a visiting scholar at the CIA, on the Chief of Naval Operation Executive Panel, on the advisory group for the Los Alamos National Laboratory, and continues to serve as a consultant to the Office of Net Assessment. He has also authored a number of works including The Command and Control of Nuclear Forces (1983); Fire in the East: The Rise of Asian Military Power and the Second Nuclear Age (1999); Managing Strategic Surprise: Lessons from Risk Assessment (2008); The Second Nuclear Age: Strategy, Danger, and the New Power Politics (2012); and The Hunt for Mobile Missiles: AI, Nuclear Weapons, and the New Arms Race (2020).

A short bio is attached below. To view NPEC’s full board of advisors, click here. 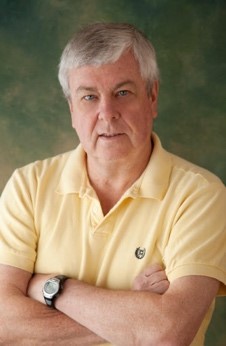 Paul Bracken is Professor of Management and Political Science at Yale University, emeritus. He is an expert on the strategic application of technology in business and defense, and is a consultant to many parts of the US defense and intelligence community. A member of the Council on Foreign Relations, he served on the Chief of Naval Operations Executive Panel for many years. He is author of The Second Nuclear Age: Strategy, Danger, and the New Power Politics; and The Hunt for Mobile Missiles: Nuclear Weapons, AI, and the New Arms Race. Paul grew up in Philadelphia and is an avid golfer and ham radio operator (K3SOC).